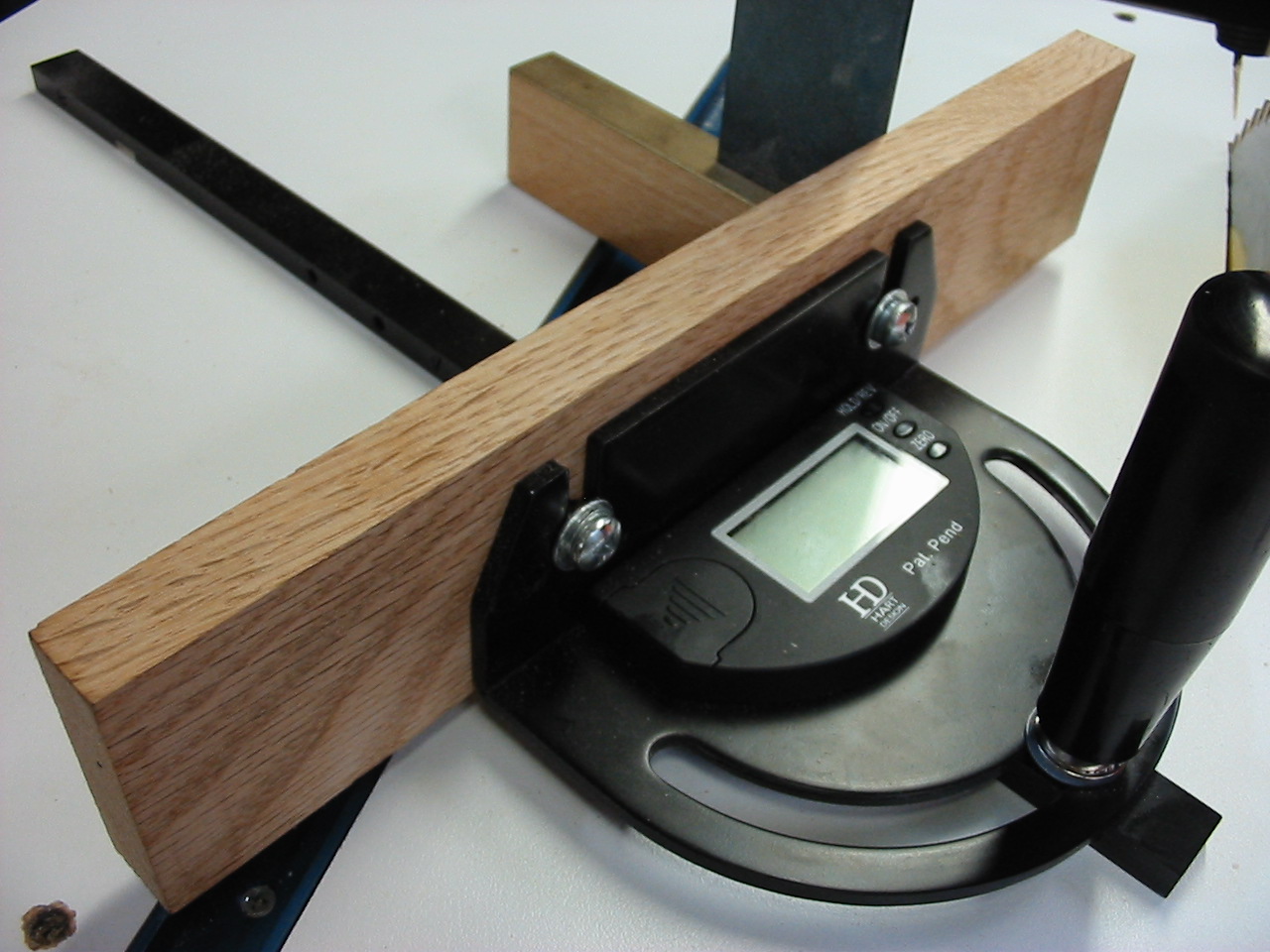 Review Hart Design Digital Miter Gauge i was in the market for a miter gauge and found myself looking at this beauty in a recent email from Hartville Tool. i decided to give it a go and happily sent off my $59.99 + S&H and awaited its arival. shortly the package arrived and upon initial inspection i was very happy, the gauge looked well made, hefty, and simple, exactly what i was expecting! then i decided to assemble it... and that is where the problems began! the handle wouldn't thread into the guide rail section properly. making certian to not damage the threads i tried forcing it and was unsuccessful. i had to get out my dremel and lightly hit the inside surface to allow the threads to clearly work, not what i wanted to do my brand new gauge. while attempting to get the handle attached i decided to remove the main section from the guide rail, only to find out that the allen wrench that should be included was not in my box. once i overcame these initial two issues i am happy to report that the gauge oppereated great! i cut off a block of red oak, squared it and created an aux fence, and zero'd my gauge to my blade. i also had an issue with the ball catches used in the guide rail, they are not spherical and more tubular protruding far enough to slightly catch on the edge of my miter track. eventually they wore a grove into my tracking and worked more smoothly, but again... shouldn't! after some extended use my suggestions for future improvement could include a rubber handle, the slippery plastic handle can be difficult to lock down for some users. also i strongly believe the on/off button should be switched with the zero button, as while working with the gauge it is very easy to mistakenly zero out the gauge. i was not extremely satisified with this particular unit, and would hope that others like it will not require modification, and include a allen wrench! having said that, the gauge works exceptionally well and has greatly increased my accuracy on my particular contractors table saw! Final Verdict: B- solid gauge which requires user modification to properly function!